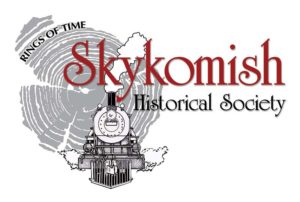 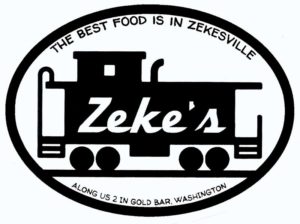 Tunnel Days is a historic, community-wide festival celebrating the Town of Skykomish’s history, including a parade, street dance, food, vendors, and other kid-friendly activities.  The Town of Skykomish is a rural mountain town in the Northeast corner of King County that played a key role in the history of the Northwest as the railroad opened access to the west coast over Stevens Pass.  The first Tunnel Days festival in 1930 celebrated the opening of the 7.79 mile long tunnel, after four years of construction started by the Great Northern Railway in December 1925 and completed January 12, 1929.   The new tunnel provided a safe path to the Northwest through the avalanche-ridden mountains, and was a great cause for celebration for the local community.

Tunnel Days was celebrated for many years until the last one in 2002.  In order to connect community with its history, in 2020, we are bringing Tunnel Days to commemorate the 91st anniversary of the opening of the 8 mile Cascade Tunnel — the world’s longest tunnel when it was opened, and now the longest in the United States to this day.   We are celebrating the pioneering spirit of the Sky Valley founders, keeping the town history alive by remembering our roots as a historic railroad town. For the event we have broad participation from the community with a parade, a classic car show, a street dance, a vendor market, and local activities from local businesses.

History of Tunnel Days as told by Nancy Cleveland. March 2, 2019

The first Tunnel Days celebration was in 1929. Ted Cleveland’s first memories were in about 1935 he was about 5 or 6 years old. He remembers that the Cascadia Inn had a canvas tunnel which ran along the west side of the Cascadia and around in back to where the bar, dance area was.  It was supposed to replicate the tunnel. There was a pie eating contest out on the street on tables, and in the intersection a great big log with contests using misery whips. There were still quite a few workers in town that worked on the tunnel. Tunnel Days kind of faded away as the guys that worked on tunnel moved away for other work.

Tunnel days celebrations have been sporadic throughout the years..

Wayne Williams, Ted’s cousin started Tunnel Days up again in the mid 70’s. He did it for a couple of years, he worked on the railroad and was gone a lot so it eventually stopped.

After many requests, the Lions Club added Tunnel Days to the Railroad Swap Meet. Membership in the Lions Club included the Forest Service, school and other community members. The first Tunnel Days was a big deal. We had the Cossacks, Sour Kraut Band out of Snohomish, lots of craft booths, games for kids in the field next to WP, parade, fire department, they did water competitions with hoses (water ball). There was a lot of activity, we sold pies and hot dogs. There was a storyteller (she had to stop when a train went by), the library always participated. We also had a lawn mower drill team, they were hilarious and so much fun.

The first Tunnel Days was the biggest one, we went whole hog and then decided it was too much even for our group. As years went by, there was always a parade, with not so many activities. We always advertised the Railroad Swap Meet and TDS together. It kind of fizzled out in the 90s with the last TDS in 2002. This was because of the internet. Vendors found it easier to sell on the internet instead of hauling their railroad memorabilia up to Skykomish.

From the postcard sent out on the 50th anniversary of Tunnel

Construction on the 7.79 miles long tunnel, longest in the Western Hemisphere, was started by the Great Northern Railway in December 1925 and was completed January 12, 1929. Ventilation equipment, consisting of a door at the East end, and two mining type fans, driven by two 800 HP motors were installed by July 31, 1956. With the door closed and one fan operating, the diesel locomotives, with their long consists of cars are able to traverse the long bore and the 1.5% grade without overheating.

Once the high tension trolley line was de-energized and the giant electric locomotives side tracked, the hi-line crews began the job of dismantling it from Skykomish to Wenatchee.

The Burlington Northern took over the tunnel at merger time on March 3, 1970 and continues operating it today.